Like most tall tales, there’s at least a seed of truth from which all lumber lore grows. In the case of lumber shortages, that tendency is certainly the case: historically, overharvesting and other issues connected to unsustainable forestry management have been major contributing factors.

However, the recent shortages in the African Mahogany and Poplar markets have been verifiably linked to economic forces within the lumber market, rather than a true shortage due to simple lack of availability or sustainability. 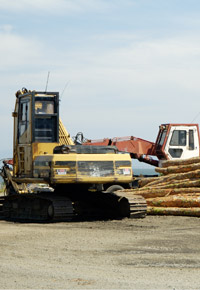 Thanks to governmental regulations prompting healthy replanting ratios, the U.S. supply of Poplar can now remain in keeping with demand. So what’s keeping the availability down and prices up? We can blame that on the economic recession.

Ironically, Poplar is known to be an economy lumber. Once a low-price, high-volume industry, its currently low supply and higher prices continue to contribute to its low production rates. Let’s look at how that happened.

During the stall on new construction resulting from the economic recession, demand for Poplar reached an all-time low. Without the lumber already milled being purchased, sawmills specializing in Poplar weren’t making money, so they were forced to close. The fewer entities harvesting and sawing Poplar led to a significant drop in the national Poplar harvest: from approximately 10 billion down to around 6 billion feet. 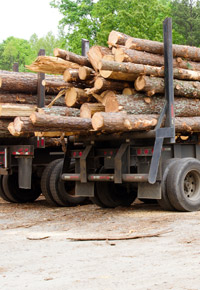 As the economy has taken an upward turn, new construction has begun to rise, as well. The related increased demand for Poplar clashes with the low production levels to create an issue of a demand that’s higher than the supply — not the supply of available Poplar trees, but of harvested and sawn Poplar lumber. What’s happening now is that mills currently producing Poplar are increasing production, and new mills are popping up to help meet the current demand.

What can we expect for the future of abundant species, such as Poplar? Eventually, history teaches us to expect over-production. The flooded lumber market will, in turn, lead to lower prices. Of course, we can’t be sure exactly when that will happen, but we can learn from history. 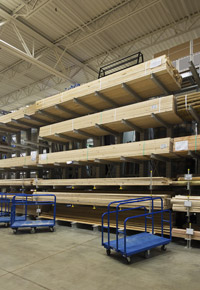 Red Oak has undergone a similar fluctuation, but it is further along in the cycle. Since over-production has occurred in that market, the supply is far greater than the demand, causing current Red Oak prices to mirror those we saw during the 1970s.

In the meantime, the current prices of Poplar make it questionable, as an economy, paint-grade species, so many are turning to other, higher-end species. The rationale is that if the prices are the same, why not get more bang for your buck? The answer is simple: The future of the industry depends on it. If you don’t really need A grade material for a project, it’s actually kind to the environment — and the lumber market and economy, at large — to “settle” for B grade.

Poplar is still a great utility species that mills easily and comes in a variety of lengths and widths. If Poplar customers ride out the current waves within the market without jumping ship, they’ll once again be able to enjoy increased supply and the reduced pricing they desire.